How to Say Happy Birthday in French

Do you want to wish someone a happy birthday but aren’t sure how to say it in French? Below are several different ways that you can congratulate someone on their special day below. 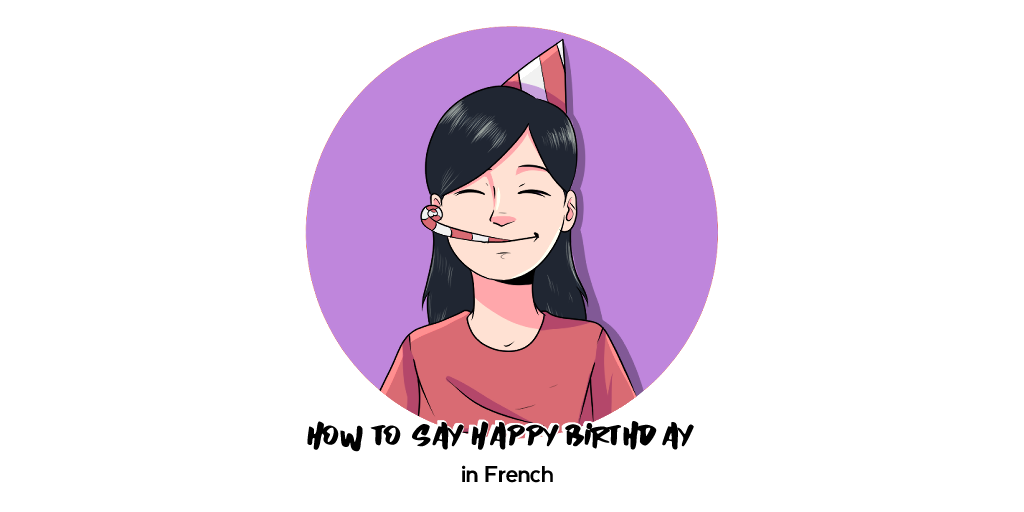 Birthdays are a rite of passage, everyone has one a year, unless you’re royalty! So, it goes without saying that you will encounter at least one person celebrating their birthday when you are learning French.

Whether it is a business associate, and you are merely being polite, or someone that you are close with, there are a few different ways that you can say happy birthday to them in French.

Learning the different phrases is fairly easy as the majority of the ways to say happy birthday in French share similar words and the translations of these phrases are fairly straightforward. However, if you struggle to memorise different sentences, you can simply learn any one of the methods to wish someone a happy birthday as they can be used for everyone.

Bon Anniversaire – Way One to Say Happy Birthday in French

Bon Anniversaire is possibly the most common way to say Happy Birthday in French, it is the one most will learn if they are studying the language in school.

It is used to express your wish that the recipient experiences a happy birthday in a broader sense than joyeux anniversaire, although it is used in exactly the same way. So even if its translation has a broader meaning, if this is the way that you know how to say happy birthday in French, then everyone will understand what you are saying.

The phrase has a slightly different pronunciation to how it is written. While bon anniversaire has the male version of bon (meaning good), because it is followed by a vowel, it is pronounced as bonne. So, when wishing someone a happy birthday it will sound like you are saying bonne anniversaire which is where the confusion on its spelling comes from.

When pronouncing this phrase, there is a liaison between the two words, meaning that they run together slightly so that the words sound more like one than two. The “x” at the end of joyeux is silent, so the connecting sound is a “z”.

With everything that we have going on in our lives, it is easy to end up wishing someone happy birthday a day late. So, while this isn’t always how we want to be celebrating someone’s birthday, it can happen sometimes.

In this instance, it is best to say joyeux anniversaire en retard which literally means happy late birthday. This is fairly easy to remember as it is the same traditional happy birthday greeting, just with en retard (meaning late) added on to the end.

Even if we don’t mean to forget someone’s birthday it is easily done, so having this phrase in your arsenal is a good idea. This phrase at least helps the person realise that you are thinking about them and haven’t missed their birthday on purpose.

This next phrase isn’t the general way to say happy birthday if you are in a European French-speaking area. If you were to say bonne fête in one of those countries it would possibly be linked to a “Saint’s Day” or a “Name Day”.

However,if you are living in or talking to someone who is from Quebec, Canada, bonne fête is the correct way to wish them a happy birthday. Although, if you are struggling to remember it, they will understand your use of bon anniversaire.

Bonne fête literally translates to “good party”, when looking at it in English.

Other Birthday Greetings in French

This greeting is more common in written French than in the spoken language in a similar way to how it is mainly written in birthday cards in England instead of being said to the person celebrating their birthday.

It is worth learning however, especially if it is generally how you would wish someone a happy birthday either in person or in their card and can be used for other occasions as well.

It is a longer birthday wish that can also be used in both written or spoken French and is a rather broad greeting as it doesn’t specifically reference birthdays. In this sense, the phrase can be used on other occasions, such as a wedding.

There are so many occasions that you can use this phrase. Passez une merveilleuse journée literally means to have a wonderful day.

It can be used in conjunction with any of the other ways to say happy birthday when you want to wish someone a happy birthday and express your desire for them to have a great day as well.

As it is such a broad phrase, like with the previous two birthday greetings in French, this phrase is a handy one to learn as it can be used for different celebrations and not just a birthday.

French birthday parties tend to be hosted at the person’s home; in some cases, the venue is the local park for French children. Although it is common for there to be dancing and sometimes getting dressed up or being in costume, fancy parties aren’t very common.

Le gâteau (the cake) in particular tends to be less elaborate than it would be in other countries. For the French, they have homemade cakes with minimal icing and subtle flavours. Some include fruit or nuts. Some replace the cake entirely, and will have une tarte aux fruits (a fruit tart).

As with most Western cultures, when the cake is brought in front of the birthday person, there will be singing. The most common French birthday song is rather simple and similar to the English version; simply sing

It is also common for people to sing the happy birthday song in English, especially children.

As with everywhere, if you aren’t able to make the birthday party, you can always send une carte d’anniversaire (a birthday card) to the birthday person. This could be using one of the greetings that you have learnt earlier in this article and lets the person know that you are thinking of them, even if you can’t spend their special day with them.

For more information on the differences between French birthdays and those in your own cultures, listen to our podcast here.

If you are struggling to learn all of the different ways to say happy birthday in French, you can always begin with one. Even if you are in Quebec, Canada, they will be able to understand what you are trying to say; simply use any of the common phrases above. Just remember not to use the Canadian bonne fête in France, otherwise it will cause some confusion.