Outdated French Words That the French no Longer Use

Have you ever tried to use a word or phrase that you have learnt and realised that everyone’s staring at you? Here are the reasons why some words become outdated and some examples of ones that already have. 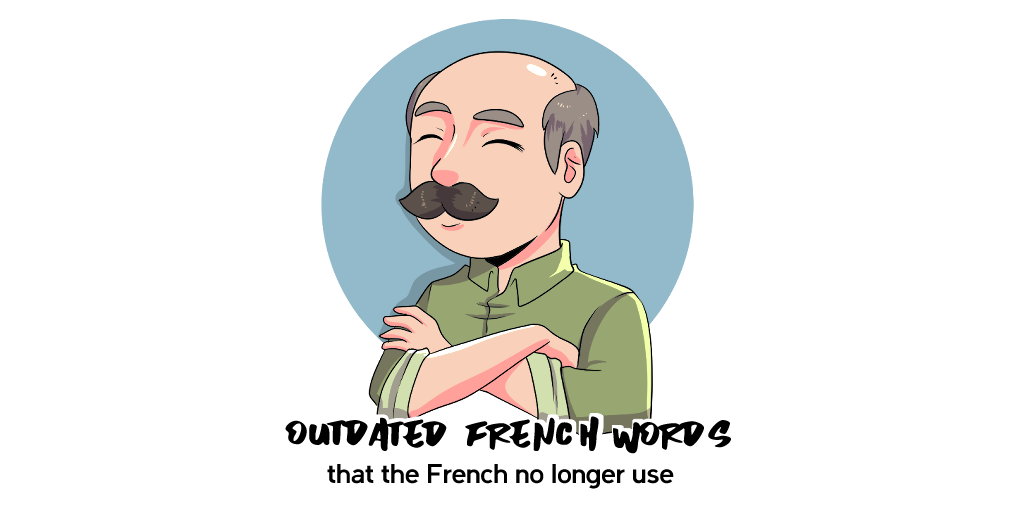 How or Why Do Words Become Outdated?

All languages have words that become outdated for numerous reasons.

As is the case with many languages, French has several different words that can all mean the same thing, and sometimes, one will have replaced the other. It is difficult to keep up with all of the changes when you aren’t a native, but there are ways for you to keep track of it.

Below are two more reasons why words can become outdated.

A lot of the time outside influences can cause a language to change. Most languages are created from combinations of others, so it stands to reason that it is a continuous influence.

Recently, with the creation of new technology, new phrases are being coined to keep up with these developments. A lot of the common phrases that are created are in American English, so the Académie Française has been implementing terms that are quickly becoming outdated.

An example of this is l'accès sans fil à internet, which was created to mean accessing the internet without cables. However, it is more common to hear someone use the English term of Wifi instead.

All languages have slang and abbreviations for words that are deemed too long. This happens more and more with each generation. This is simply because the newer words are simpler and quicker to use regularly.

For example, un courriel meaning an email is more commonly referred to as un mail instead. Another slang word in French is nickel meaning perfect.

If you are interested in learning some slang that is commonly used in text messages, you can find a list here.

Why Are They Still Taught in Schools?

When you are learning a language in school or otherwise, you are typically being taught the correct and formal language. Unfortunately, this means that sometimes you will be learning words that are outdated and not commonly used.

This is why it comes in handy to listen to different forms of media in the language that you are learning, such as the news and music, as well as doing some research yourself into the language.

Learning the proper words in the French language is definitely a good beginning, but there are usually several other more common words that are used to say the same thing.

How to Stay on Top of Language Changes

As previously mentioned, one way in which you can stay on top of language changes when you are learning the language is to listen to different media.

Another way in which you can achieve this is to carry out conversations or write with those who speak the language fluently, potentially penpals that you have found.

Some people recommend living in the country for a time to immerse yourself in the language and properly learn the different terms and slang words that are regularly used. While this is a nice idea, in theory, the practice of it is rather more difficult. It is not advisable for those just beginning to learn the language or who have commitments at home.

You can also take a look at this website, lerobert.com, where you can find new words that have been added to the dictionary recently.

This is a very stereotypical phrase that is in the media every so often but is not actually used by French citizens anymore. It is now considered a very out-of-date way of showing annoyance.

This phrase is in a very similar position to its English counterpart “to make love”. In most cases, it has fallen out of use, replaced with more recent terms. A lot of French people will either use the verb coucher (to sleep) or the English word sex instead.

Respondez S’il Vous Plait or RSVP is commonly found at the bottom of invites in England, meaning that the person inviting you to the event would like for you to confirm your attendance. It has fallen out of use amongst those who speak French however, Réponse souhaitée being a more common phrase.

This is a phrase commonly taught in schools when you are learning how to respond to the question “Ça Va?”. The phrase means so-so, which meant it was a suitable response. However, it has now been replaced by bof, which is an example of how some phrases are being replaced by shorter words so that they are easier to say regularly.

La discothèque is commonly taught in schools to mean a disco or club, however, this word is not one that the French currently use. It has been replaced by the term la boîte de nuit.

Une boum has gone out of date now, the word was once used to mean a party. It has since been replaced with the word soirée.

It is good to look into the different words and phrases that the French no longer use if you are hoping to speak fluently in their language.

In formal situations, it is still advisable to use some of the words that are now outdated. So, it is a good idea to know the correct and official words as well as the newer slang that has replaced them.

There are many different slang phrases that you will be able to use to make your French less outdated and more colloquial, some of which can be found here. But as with every language, French is constantly evolving. It is best to bear this in mind when using any of the words that you have learnt, especially if there are multiple words with the same meaning.