What Really Makes the French Depressed? - Talk in French

What Really Makes the French Depressed? 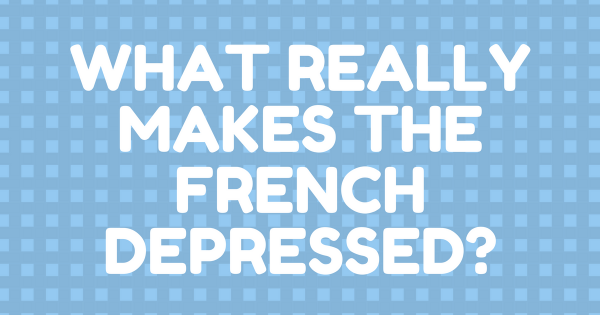 Much has been said about that certain mélancolie common to the French, but let’s take a look at the 9 other  highly probable reasons behind it. (Note: Take this list with a huge grain of salt!)

The French are depressed. So says a lot of studies and articles and books and surveys. But before we dive into the nitty-gritty, here are some grim facts from a bunch of legit surveys:

Such morose numbers and dismal data. All these despite the finest food in the world sitting on their plates, the 35-hour work week, awesome social benefits, great wine, long holidays, and a picturesque countryside. Mais pourquoi? Why oh why??? 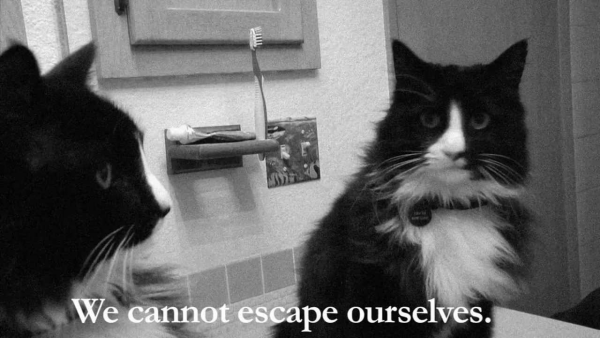 The experts have all pitched in and put their brainy heads together to come up with reasons behind the widespread unhappiness. Here’s what they’re saying:

If all those reasons aren’t enough to make you feel depressed, I’m not sure what will. Surely the experts are on to something. And of course, all the letters attached to their names see to it that you know  they know what they’re talking about. But seriously, there has to be some other reasons, right?

Here let’s take a look at the other highly probable causes of the French depression. Well, in my own opinions, at least.

1 . They don’t get a lot of good sack sessions anymore.

According to a study conducted in 2010, the French actually have pretty terrible sex lives (whoaa — whaaatt?). 76% of the respondents claim to have relationship problems caused by sexual troubles, and a third of the women and one-sixth of the men say they use excuses such as headache and stress among others, to avoid sex.

That, for sure, is a helluva lot of reason to get depressed. Don’t you think?? Anyone would be depressed.

2. The croissants are no longer authentic.

This is also another real reason to get depressed. Did you know that more than half of the croissants in France are now factory-made? The source of the sad news here. 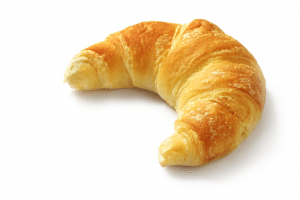 Hey you, un-real little croissant, how you break my heart

3 . There is a global wine shortage.

Another collective gasp! And what’s worse, the Bordeaux region has been inundated with heavy rains, resulting to a 19% decrease in grape production!  (Update 2014: But the production is up again.)

Just as black is very becoming and never goes out of style, so does moroseness for the French. Hopefully the new campaign slogan for Morgan de Toi would do a little bit to alleviate all this well-tailored haute couture bleakness. Happy is the new chic. Maybe this trend would soon catch fire. Who knows? 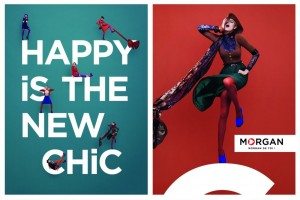 Happy is, like, really fun! You should try it!

Considering that France is among the countries in the world with the highest number of paid vacation days, it could be possible that the country is suffering from major post-vacation depression (PHD).

6. The French are artistic.

And you know what they say about artists – they’re a depressed lot. It has been said by too many people that creative folks like authors, artists, poets, musicians, performers, and other artsy types are more plagued by sorrow and depression than the rest of the general population. So what do you think would become of a nation made up of a long history and generations of artists? Makes sense? To our befuddled minds, it does. Just take a look at this rather dour words by Van Gogh.

“Sometimes moods of indescribable anguish, sometimes moments when the veil of time and fatality of circumstances seemed to be torn apart for an instant.”

7. Everyone is ridiculously beautiful.

It could probably get exceedingly difficult to keep up and stay pretty all the damn freaking time.

Ignorance is bliss while thinking too much could only lead to depression. The French, however, have turned over-thinking into an art form. They call it joie de penser, or joy found in thinking that “derives pleasure from its displeasure”.  Too much philosophizing and existential musings can’t be good for your happiness levels at all. Just ask the people on this list.

9. Everyone is talking about how depressed the French are.

Did anyone ever stop to think that all the headlines about depression and the BIG talks revolving on the French being innately depressed is turning out to be one big self-fulfilling prophecy? Keep talking about how depressed a group of people are and they’re most likely to become just that. It’s the Law of Attraction at play, people.

So really. Maybe we should just stop talking about this altogether. Like, right now.

Do you know enough about French culture to be called a real Francophile?