How to Tell Time in French 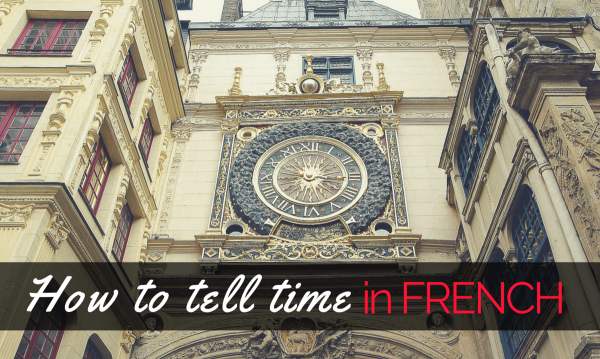 Second, the “liaisons” in the French intonation or that flowing pronunciation make it all sound so confusing. The word “heure” which is used in telling time is pronounced in one smooth flow with the letter before it, spoken in the same breath as the number it follows.

Third, expressions are heavily used which could also add to the complexity.

These are all just a big challenge though, and we’re going to breeze through it all with simplified rules and easy steps by using this guide.

Before we proceed to telling time in French, make sure you are already familiar with French numbers and how they work. If not, you can brush up on your French numbers by checking this link — The Easy Guide to French Numbers.

Knowing how to properly ask for and tell the time in French is one of the most basic things you need to know. Whether you are simply learning the language so you could use it on your upcoming travel to a French-speaking country, or you’re planning to learn it all the way, telling the time helps you avoid confusion in setting up meetings, appointments or in keeping track of the time.

So let’s dive to the nitty-gritty right away. Here are the important things you need to know.

Say: Quelle heure est-il? It is pronounced as kell eurh eh teel? Meaning, what’s the time? Or what time is it?

2 The basic format for telling time

Note: une heure is without s because of its singular form.

4. How to abbreviate time when written

If you are going to write down minutes only, use mn.

Here are a couple of examples on how to say it:

It’s a quarter to five: il est cinq heures moins le quart (Or literally: It is five hours minus quarter)

For example: Neuf heures et demie  (or half past nine)

Here are some extra French phrases for you to take note of. Try to practice the pronunciation included in the last column.

Let’s wrap up the lesson on time with some very useful videos for you to watch:

No French lesson on telling time is complete without discussing days and months. So we’ve compiled here the most important things for you to know. This nifty little guide will save you a lot of confusion when planning appointments and travel arrangements in French-speaking countries. It is also a very basic thing to learn when studying French language.

Let’s start with how to ask for the date. Here’s what you’ll usually say:

2. The days of the week and months of the year

Unlike in English, the first letters of the days of the week (les jours de la semaine) aren’t being capitalized in French. Try to practice pronouncing the words by using the pronunciation guide in the third column.

Just like the days of the week, the first letters of the months of the year (les mois de l’année ) are also not capitalized in French. Here’s your quick guide.

Here’s the basic format to use when saying the date in French:

4. How to write the date

Writing the date in French differs slightly from writing it in American English. In French, the day is written first, followed by the month, and then the year. British English is also written this way.

Here are some examples.

Here are a few other words and phrases you need to know in order to beef up your date-telling skills. 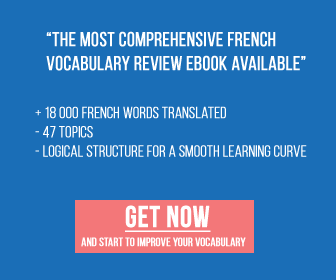 Remember, it takes a lot of practice for you to fully grasp these lessons, so don’t forget to keep coming back to this page until you have fully familiarized yourself with the words, tips and pronunciation! Again, the most important thing is to have fun while learning, and before you know it, you’ll be well-versed in French in no time.

Please tell us in the comment section if there is some topics for vocab that you would like to review.