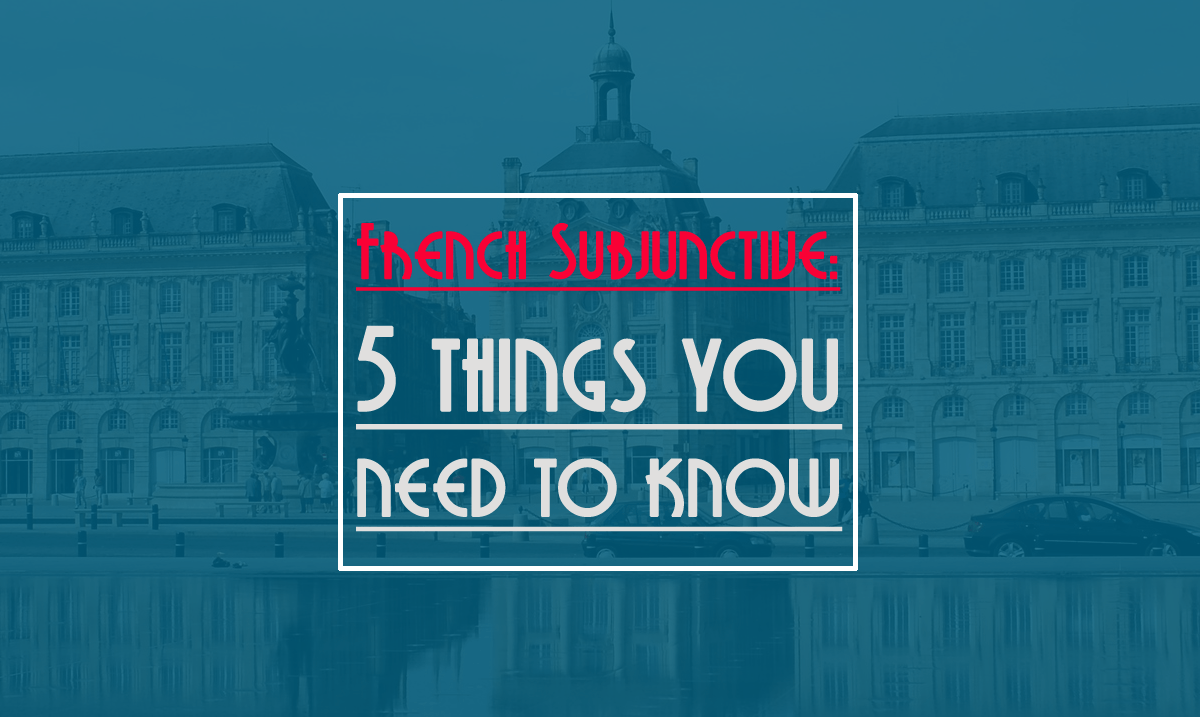 French subjunctive? What is it?? I can almost see the question marks hovering around your head right now. But no worries, this article will strive to replace those question marks with a huge light bulb that will make you go... 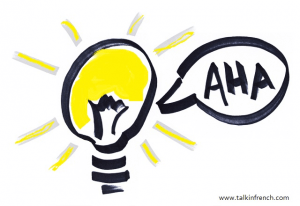 To make things  a lot easier for you, I have listed down five things that you need to know about the French subjunctive.

So here are the 5 must-know things about the subjunctive in French.

1. What exactly is the French subjunctive?

The subjunctive is a grammatical mood which is found in different languages including English and French. When it comes to frequency of usage, however, it is so much more widely used in French than in English.

The subjunctive is used to express varied states of unreality or uncertainty like some kind of judgment, wish, possibility, opinion, doubt, emotion, or something that has not occurred yet.

You need to remember two things when it comes to what the subjunctive means:

If it doesn't fall into either category, you usually make use of the indicative mood.

There is no future tense usage of the subjunctive, only past and present. If it is set to happen in the future, the present tense is being used.

I have mentioned that the English subjunctive is not used as often as in French, but we use it in everyday modern English. This happens when we say “If I were you”, “It is important that you stop to read the signs”, and similar subjective statements.

Is it really necessary that we stop to read each and every sign?”

He suggested that you continue with your noble path.

3. When to use the French subjunctive

In French, we use the subjunctive after certain words and conjunctions that have two parts and two different subjects.

Example: Nous voulons qu'elle soit heureuse. (We want her to be happy).

The first part of the sentence uses nous as the subject, while the second part uses elle. Therefore, the subjunctive soit is necessary.

The subjunctives usually appear after the following verbs:

regretter que (meaning to be sorry that)

être surpris que (meaning to be surprised that)

For more details about this particular topic, proceed to this link  for the compiled list of verbs and expressions that need to be followed with a subjunctive. You can also read this article about the subjunctive (subjonctif) in French.

The subjunctive may also appear in some expressions that begin with il.

il faut que (it is necessary that)

il vaut mieux que (it is better that)

4. How to form the French subjunctive

For verbs that end with -er, here is how you form the subjunctive:

These are the endings to be added, depending which pronoun it is being used with.

For verbs that end with -ir, you form the subjunctive by using this simple formula:

For verbs that end with -re, the subjunctive is formed by following this guide:

Unfortunately, in grammar just as in life, there is no way to avoid the irregular, rule-breaking few. And there's nothing else we could do about these but to tolerate them while being wary of them at the same time.

Here are the irregular verbs in the subjunctive.

So with that, we end our lesson in the French subjunctive.

Before you go, here are a few key points to wrap up our lesson.

If you need clarifications about this topic, do not hesitate to leave a message in the comments section.