14 French Expressions to Practice Today (with videos) - Talk in French 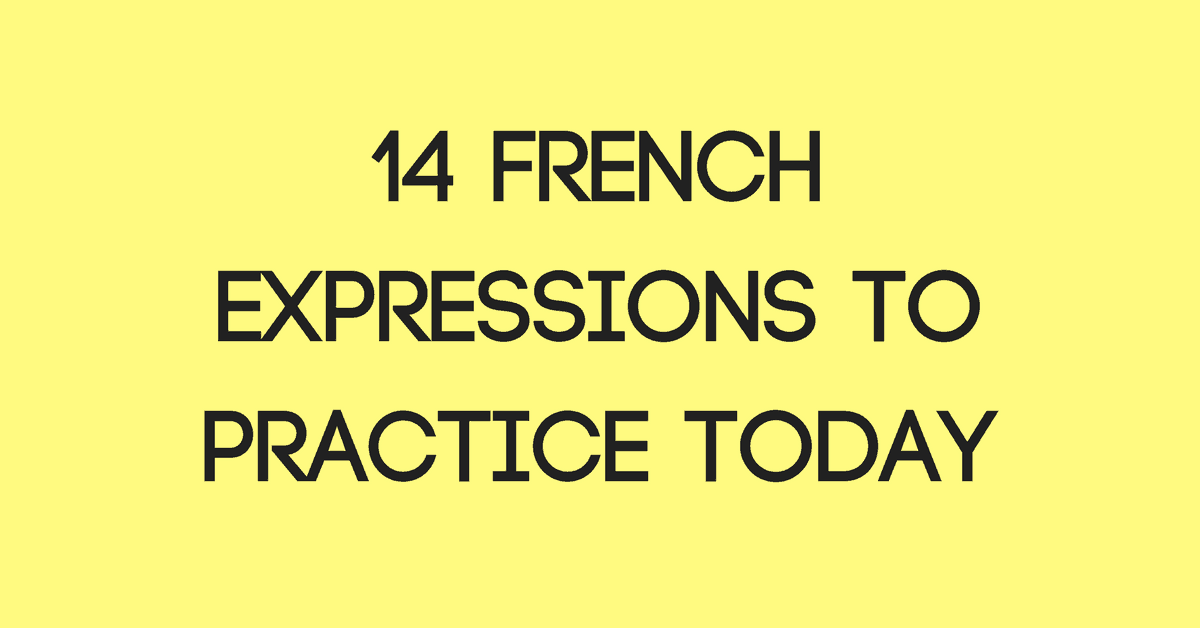 In any language, idioms are often a source of confusion and frustration for newbie learners. French is no different. But these little expressions are very useful to learn because they not only add spice to your conversations, they also help you sound more natural and closer to sounding like a native.

The French have a lot of expressions that range from the witty to the absurd. You’ll also find a number of idioms about food and animals such as dogs, cats, and even goats. You can check those in separate articles below.

Mad About Food: 25 French Idioms that Show the French Obsession with Food

So you see, we’ve already discussed several other French idioms before. But today, we will talk about common French expressions that you could use in everyday conversations. The best part? You can practice along with the videos!

1. s'en moquer - to not care about it (literally, to joke about it)

2. avoir le feu au derrière - to be in a hurry (literally, to have one's bottom on fire)

5. être dans de beaux draps - to be in trouble (literally, to be in beautiful bed sheets)

6. être mieux que rien - to be better than nothing

7. être fastoche - to be very easy

12. être aux anges - To be ecstatic (literally, to be with angels)

13. Tomber à pic - To come at the right time (literally,to fall at peak)

14. Mettre quelqu'un en boite - To make fun of/ tease/ trick or annoy someone (literally, to put somebody in a box)

French Vocabulary: Names of Diseases and Ailments in French