10 French Films that Men Would Love 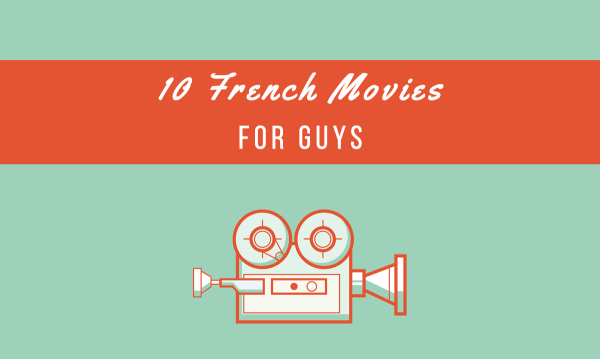 Who says French cinema only has romantic chick flicks and weepy dramas to offer? That’s definitely not the case.

In fact, there are so many top notch French films that dudes of all kinds would surely enjoy. From hilarious comedies, gritty gangster films, crime thrillers, kickass action, and prison-set dramas---take your pick! Your newest favorite movie just might be on this page.

First on the list is a true crowd pleaser.  You can’t go wrong with Intouchables, the movie credited as the largest grossing French film of all time. It is also the top grosser for non-English movies. Funny but not silly, this movie is based on a true story that revolves around the friendship of a millionaire quadriplegic and the kid from the projects whom he hired as caretaker. 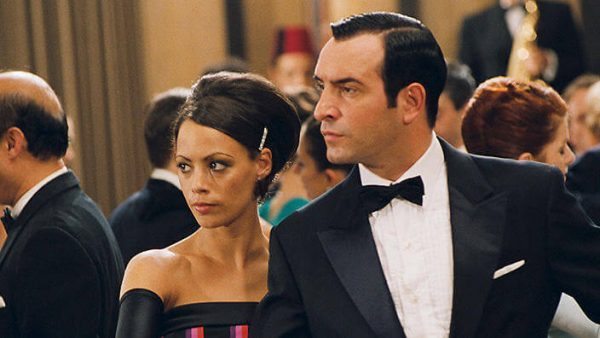 Even before the movie The Artist wowed viewers around the globe, Jean Dujardin and Berenice Bejo already joined together in a hilarious spy-film spoof. The story is based on the novels of French writer Jean Bruce which spawned the OSS 117 spy films in the 50s and 60s. But instead of following the original series, the 2006 OSS 117 film turned it all around and made it a laugh-out-loud parody of the conventional spy genre. 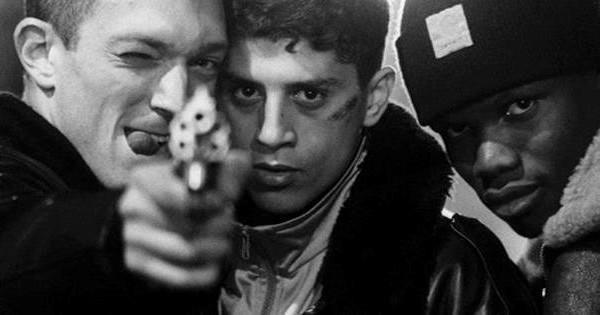 The gritty black and white cinematography gives you a clue to the film’s dark theme that includes police beatings, deadly riots, blackmail, and the French “ghetto” in the suburbs of Paris. Following the lives of three friends from immigrant families, the story unfolds over a 24-hour period after a violent riot.

The movie is filled with raw and captivating scenes. Add an electrifying performance by Vincent Cassel and the rest of the cast plus a cool French hip-hop soundtrack, and you’ll get a truly must-watch one-of-a-kind movie.

A small trivia: The title is taken from a line spoken by the character Hubert in the movie, "La haine attire la haine!". It means "hatred breeds hatred."

If you have seen the Hollywood movie Dinner for Schmucks, you should also check out the original French movie where it is based from. One of the funniest French comedy films ever made, this hit by Francis Veber is proof that slapstick humour is not just silly, it can be quite clever, too!

The story revolves around a weekly dinner game where a bunch of prominent Parisian folks bring along a dimwit of their own choosing. The biggest idiot of all would be selected at the end of the dinner. The twists and turns along the way--featuring the lead characters Pierre and his chosen idiot Mr. Pignon---make the movie a laugh-out-loud treat. 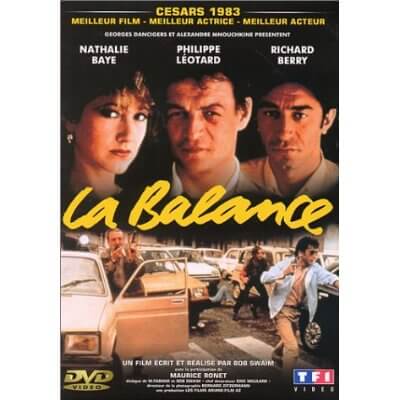 La Balance (which means “the Informant”) brings a touch of Hollywood to this French gangster movie. This movie was such a hit that it is credited to have raised the bar for French crime films. Taking you deep into the bowels of Paris’ underworld, it tells the tale of a streetwalker named Nicole and her boyfriend Dédé, a pimp/small-time crook who was forced into becoming a police informant.

With the goal of nabbing the local crime boss, the police aggressively employ rough techniques--and any means necessary--to get the couple to cooperate. Filled with fascinating characters, dark humour, gritty violence, and a tragic love story in the middle of all the mess, this one is another French film you should definitely add to your must-watch list.

Is it Father’s Day yet? Because this charming film is sure to turn any day into a celebration of fathers---absentee or not!

Mon Père, Ce Héros is about an absentee father played by Gérard Depardieu. He tries to reconnect with his teenage daughter during a trip in Mauritius. In turns touching and funny, the film captures father-daughter dynamics perfectly, throwing a lot of laughs along the way. You have probably seen the Hollywood remake, but if you liked it, you should check out the original version, which is (without any bias), a lot better than Hollywood’s take. 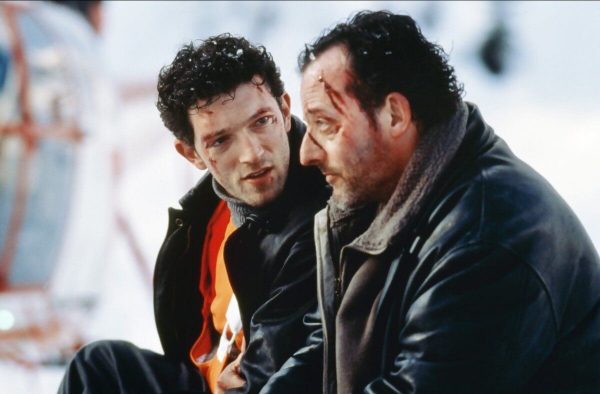 The director of La Haine is back five years after with another breathtaking thriller starring Vincent Cassel. This time, Cassel is one of two detectives who are investigating a series of grisly crimes set around a University in the French Alps. The second detective, a veteran crime investigator, is played by another notable actor Jean Reno.

Described as a cross between the Hollywood thrillers 'Seven' and 'Silence of the Lambs', this psychological horror/thriller is based on a novel of the same title and is sure to have you glued onto your seats. Never mind watching the sequel though. Just this one and you’re good.

Another crime mystery on this list, but this time it is based on a thriller novel by American writer, Harlan Coben. Starring François Cluzet from the massive hit Intouchables (see no. 1), he plays a doctor whose wife was murdered by a serial killer eight years earlier. Evidence points to him being the one who killed his wife and another in what seems to be a double homicide. With the police eyes still set on him, he suddenly receives a message that his wife might still be alive.

The story is full of cunning twists and turns and stunning reveals, and this well-crafted thriller is highly acclaimed by critics and viewers alike. 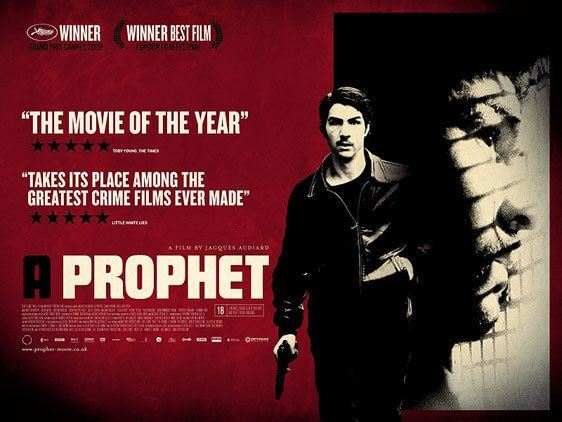 This unforgettable French crime-drama film is set inside a prison and described as being somewhere along the lines of Hollywood greats, Scarface and The Godfather. Directed by the outstanding Jacques Audiard, the story tells a young French-Arab’s descent from naïve outsider at the start of his 6-year prison term into a full-fledged dangerous criminal ringleader.

The dark tone of the film forces you to take a closer look at the corruption and violence inside the walls of a prison---and even beyond--and takes you through the dealings of an illiterate 19-year old and his rise through the criminal ranks. With its powerful storytelling and brilliant portrayal, it is no wonder that Un Prophète received various awards and nominations worldwide, and widespread acclaim from critics and moviegoers alike.

Let’s take a trip back in time with this not-to-be-missed gem by renowned director Jean-Luc Godard. Credited as one of the most influential French New Wave films, À bout de souffle is a must-see for film enthusiasts and even those looking to professionally pursue a career in filmmaking.

This groundbreaking film from the 60s reeked with style and an ultra-cool vibe, and features a parade of unmistakable coolness---from nice cars, to pin up models, and everything cool in between. The story revolves around a small-time thug named Michel who panics and shoots a policeman, and his love story with American girlfriend played by actress Jean Seberg. The rest is up to you to watch and enjoy!

So, which guy-film did I miss to include on this list? Do share in the comments section!

Also, for more articles like these, don’t forget to subscribe to the weekly Talk in French newsletter. Each week, I feature interesting questions about French language and culture sent in by readers. With each newsletter issue, I also send out useful French lessons, vocabulary and expressions lists, curated French articles, and lots more. You’ll also get freebies when you sign up!

Do you want more French movies? Download the FREE e-book 365 Days of French Movies for your daily list of films to enjoy!