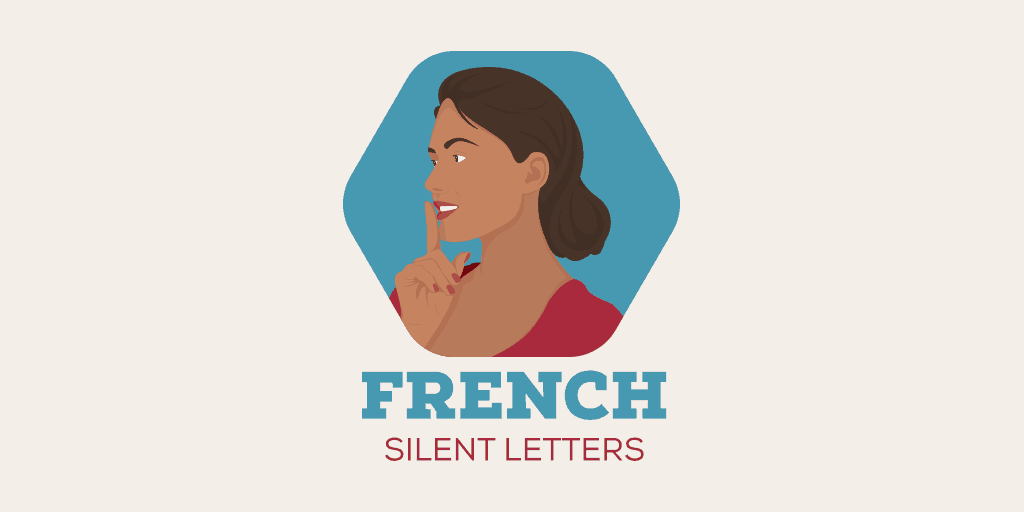 Have you ever looked at a word in French after pronouncing it and thought: “that’s a lot of letters for such a short word”? You are not alone. That's why we need to discuss French silent letters!

All French school children must suffer through a dreaded exercise: la dictée as they learn to spell their language properly. Like English, French is not spelled phonetically, and a lot of letters are silent (lettres muettes.).

It has not always been so: those letters were once pronounced in Old French but have been abandoned as language evolved. However, modern words are still spelled out using them. The patterns are not as random as it may appear. With our help, you will soon be able to identify which letters to pronounce and which ones to drop.

A silent -e is the most common silent letter you will encounter in French. It is also the only vowel that isn’t always pronounced.

When it is placed at the end of a word, you can usually count it out, although some French speakers with a regional accent may pronounce it:

Within a word or a sentence, native French speakers tend to drop the -e when it is preceded by a single consonant:

When the letter-e placed at the end of a word precedes a vowel, it disappears and is replaced by an elision. It includes the short, one-syllable connecting words and pronouns such as ce, de, je, le, que, que, ne, me, le, te, se… as well as longer versions like lorsque, puisque, jusque.

Presque (almost) is an exception and only contracts when associated with the word île (island). A silent -h (read on to learn more about this other silent letter) followed by a vowel behaves like a vowel.

The letter h is usually found at the beginning of a word in French. The good news is that it is never pronounced unless it is part of a letter combination like ch or ph.

The bad news is that it behaves differently depending on whether it is a silent h or an aspired h (h aspiré), and that there is no way to know which one is which, besides learning your vocabulary.

The silent h allows for contraction and liaisons, as in the j’habite example above. Essentially, a word starting with a silent h behaves as if it was starting with a vowel. It is the most common type of “h” in French.

The aspired h, on the other hand, does not. Most of the words starting with a h aspiré are borrowed from other languages.

More often than not, it seems like the letters at the end of a French word are not pronounced. It can make things really tricky for French learners. How do you distinguish which letters are silent and which ones are not?

As a rule of thumb, the last letter of a word ending in c, r, f, l, b, k or q is pronounced. B, k or q aren’t common ending in French, and you can remember the most recurrent ones by using the word CaReFuL.

However, there are some exceptions to this rule so don’t forget to make a mental note if you encounter them.

Whenever the letters are added due to grammatical agreement – to conjugate a verb or change the gender or number of a noun or adjective for example – they are usually silent.

Figuring out which letters are silent and which ones you should pronounce can be a tricky exercise and getting in right takes practice. By watching French movies or documentaries or listening to French podcasts, you will soon be able to recognize when and how you should pronounce each word.

Which French silent letters do you think are the trickiest? Share it with us in the comments!

Previous Post French Vocabulary: Fruits, Vegetables and Grains in French (+ Free PDF) Next Post A Guide to Shopping in France: Tips and Vocabulary