10 Popular French Slang To Add to your Vocabulary (With Videos)

10 Popular French Slang To Add to your Vocabulary (With Videos) 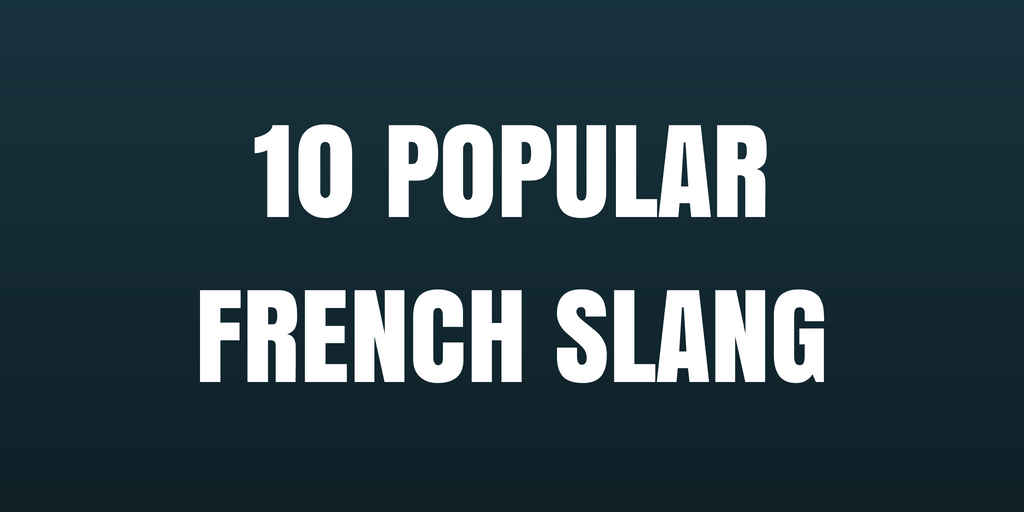 Every language has its own set of slang, and French is no different! To be able to truly blend in among native French speakers (as well as impress your French friends), you need to learn the freshest slang spoken everyday in regular French conversations.

Quick reminder! French slang terms are the colloquial words used in informal situations. We have received a lot of comments in social media saying that they know a different French word for the translations given.

Remember, slang is informal and could change over time, and it is quite different from the proper French words used in formal language!

So you can say maison = house--that’s correct--but the slang term for house is different.

I have previously covered several topics about French slang, but here in this short article, you'll find some of the most useful slang and you can practice the correct pronunciation using the embedded videos.

For more articles and a quiz about French slang, check out the list below:

Now, are you ready to practice some popular French slang? Let’s begin!

1. How to say Money in French slang

2. How to say “house” in French slang

3. How to say “clothes” in French slang

4. How to say “perfect or clean” in French slang

5. How to say “a friend” in French slang

7. How to say “to catch” in French slang

10. How to say “something, a thing” in French slang

Which French slang term is your favorite so far?  Do share in the comments! You can also follow Talk in French on Instagram for more French slang videos.

If you want more French slang to practice and add to your vocabulary, check out the e-book below. It contains thousands of fresh slang terms plus a free audiobook!