10 Unusual French Habits You Should Know 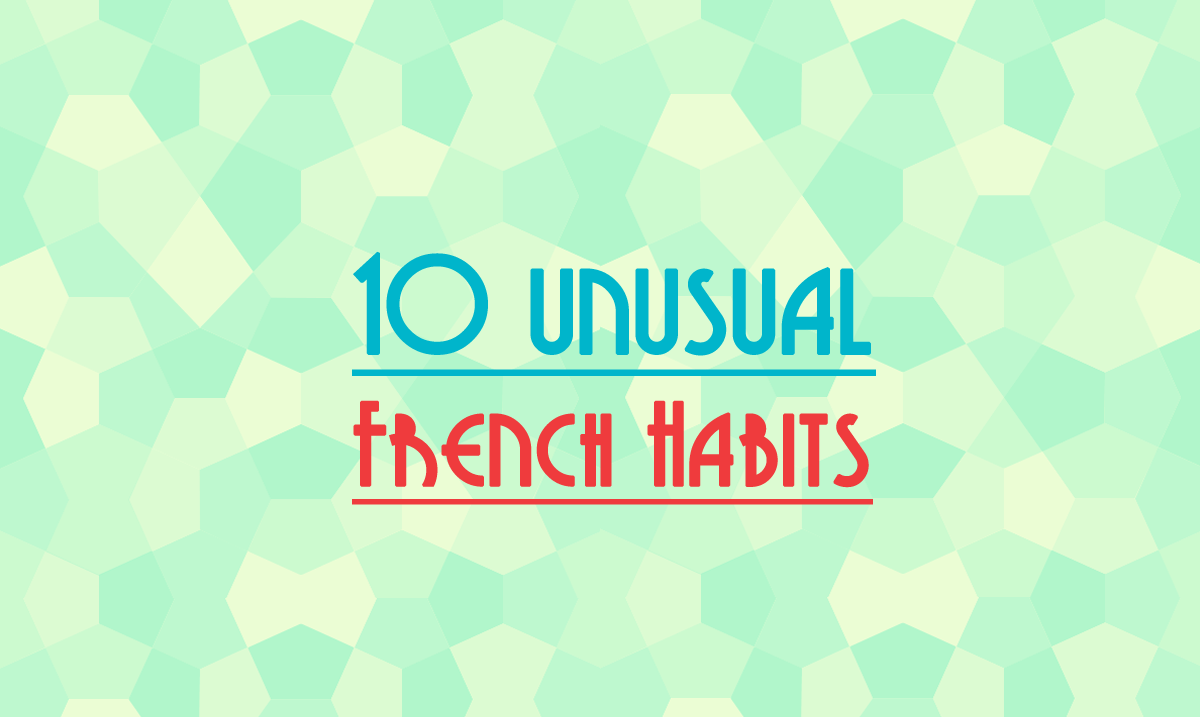 There are some weird things about the French that the rest of the world will find a bit hard to understand.

It is true that there are also a lot of prejudices against the French that have resulted into some made up observations about them. However, even if you set aside such prejudices, it will still be obvious that the French sometimes act and do some stuff in a strange way that is unique to their culture.

While it can be argued that our opinion of weirdness is influenced by our own culture, the following French customs and habits may be viewed by the rest of the world as just being a bit off. 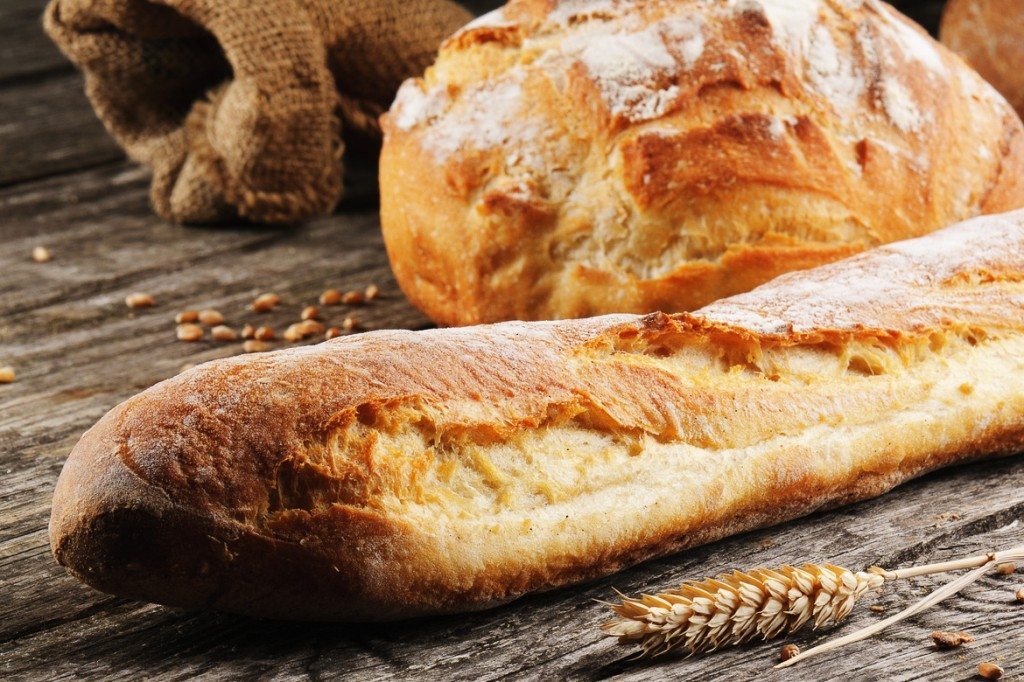 The French really love their baguette and they will be the first ones to admit to it. They love it so much that at the end of the work day, you’ll often see them walking home with one or two baguettes, and with small portions already eaten from one end.

Eating the bread is also another thing. You don’t stuff the bread into your mouth and bite off a piece. The French way to do it would be to tear a bite-sized piece to eat and repeat the process until you are done. The French also serve bread on the table most of the time and not on the plate.

Speaking of plates, when you happen to be dining on a dish with a delectable sauce, it is customary for the French to wipe the sauce off the plate with a piece of bread then eat it to cap off your meal. 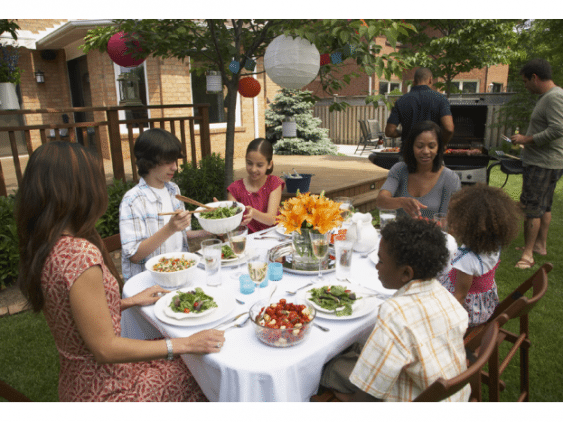 It is normal for kids in United States and a great deal of other countries in the world to regularly eat burgers, hotdogs, chicken fingers, and fries. In France however, it is more commonplace to see children eating ‘adult’ food.

The lucky children in this country get introduced to an assortment of food which helps them appreciate a good meal at an early age. Their young taste buds are exposed to a variety of flavors. This is perhaps why French cuisine evolved into what it is today—one of the world’s most well-loved fares. This is not weird at all, if you come to think of it. You can either follow their lead or hate them for being such gastronomic snobs.

3. Chivalry is a Way of Life 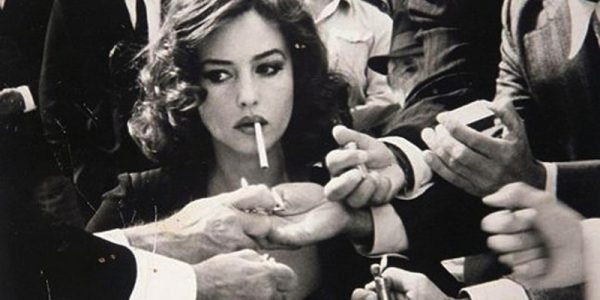 Picture this: a woman is about to step out of a café and a man she doesn’t even know helps her put on her coat and holds the door open for her.

In the US, the girl will interpret this gesture as a sign of flirting 9 times out of ten or worse, the guy might even be called a sexist and will be in for a good dressing down. Back in France however, this is not considered as sexism but it is just typical French galantrie.

Americans and Americanized women should take heed that when in France, it will be considered rude to refuse such forms of courtesy from a French gentleman. This is yet again another French habit that some cultures can take a cue from.

This is a custom that is still related somewhat to the previous entry. The French kiss each other on the cheek as a form of greeting. The double kiss greeting on both cheeks goes for two women, women and men, and even for two men, especially for the older generation.

In some regions in France, they even kiss each other as much as five times. While this greeting is customary in France, it isn’t exactly the type of greeting that will fly around anywhere. It may interest you to know though, that greeting someone in such a way will be illegal in the country if you do it on a railway, as it is illegal to smooch on railways in France. 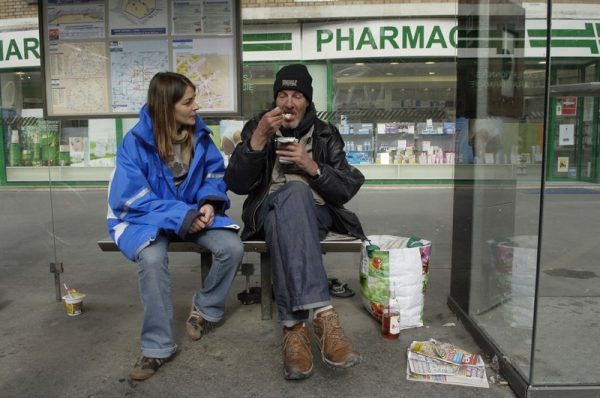 It isn’t uncommon to see complete French strangers help each other out even in the simple tasks. To illustrate, a totally random person can help hold the arm of a blind person and help him or her cross the street, or help an old lady carry bags of groceries for her.

While some other cultures are also like the French in this regard, there are some cultures that would rather not touch you or even offer you help for fear of getting into trouble just in case something bad happens. Literally laying a finger on someone even constitutes assault in some countries. 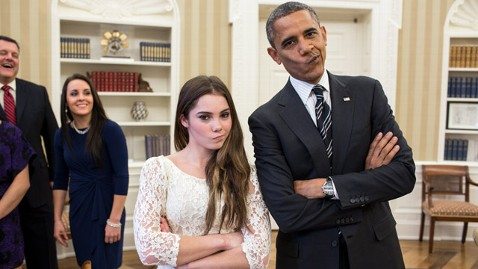 Maroney and OB acting like a French.  Source: Abcnews

For some reason, the French are negative most of the time. As an example, if you are out to propose a project, expect your French audience to enumerate all the potential risks and problems that your proposal may encounter. Another example is that in case you got an A- in your exam, expect to be asked, “why not A+?,” instead of getting a pat on the back.

The reason behind this is that the French consider being positive to be a bad thing and ignoring the negatives involved is just naïve. One other explanation for the negativity is that the French believe that seeing the defects first is a sign of competence and intelligence. So when dealing with the French, expect to be criticized for it is a good thing, and if you get praised, then that is just weird.

7. Chipping In, Instead of Splitting it 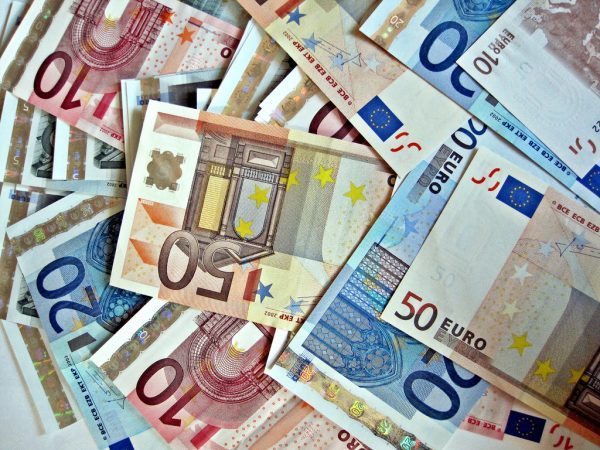 In the US and other Americanized countries, it is commonplace for groups to split the bill in a restaurant. This is the case even for two people who are out on a date. The typical reasoning behind it is that everyone gets a fair share of the responsibility to pay and no one will end up owing anybody anything.

The French however, look down upon this practice as a sign of miserliness and is therefore, unacceptable. When in the same situation, money is not an object for the French and they will give a share of what they believe is fair, which is usually more than what they would be giving if they were to divide the bill equally.

This can oftentimes prove chaotic as some will end up paying less than the others, which is yet another bad thing for the prestige and image-conscious Frenchmen.

8. No Skittles at the Pharmacy 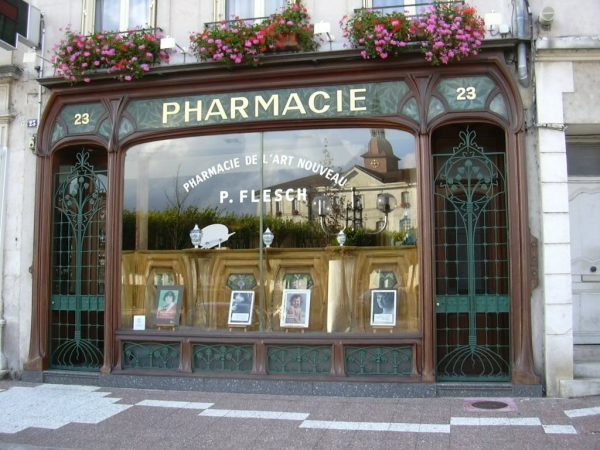 The good news about pharmacies in France is that they’re easy to spot as they almost always have green neon crosses right beside their equally large neon signs. If , however, you ran to the pharmacy to grab a candy bar or a mascara that you forgot at home,  chances are you’ll be walking away empty handed.

While most countries in the world have followed the concept started by CVS and Walgreens of turning the pharmacy into a mini-Walmart, most pharmacies in France have remained, well just that, pharmacies. These establishments are often owned and operated by families and they sell only the things that you would normally buy from a pharmacy. Those of course—being medicines. 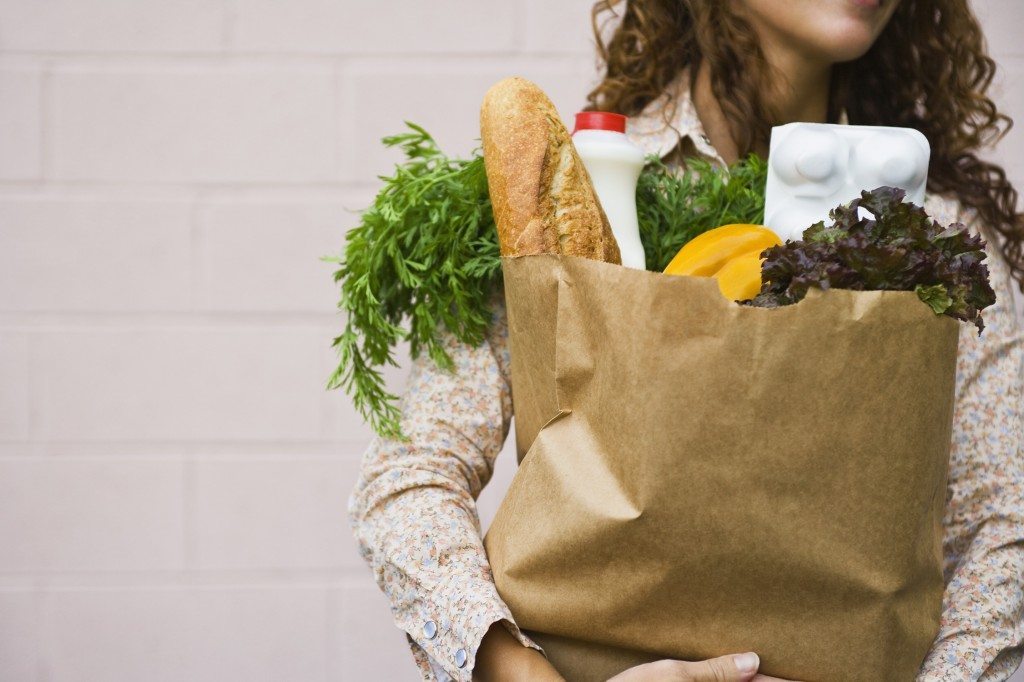 This is actually your own choice when you go grocery shopping in France because you have to bag your own groceries. The obvious advantage to this is that you’ll get your groceries arranged and packed just the way you want it. Since no one will bag your groceries for you, don’t expect some staff to help you load them into your car either. Another downside is that if you arrive home with cracked eggs or with cheese that smells strongly of laundry detergent, you only have yourself to blame.

You could consider this to be some form of training in self-reliance. But it is also indicative of the type customer service you’re likely to receive in a European grocery store. (Please note that some small local supermarket called supérette offer some free plastic bags. Most supermarkets will ask you to pay to get a reusable plastic bags.) 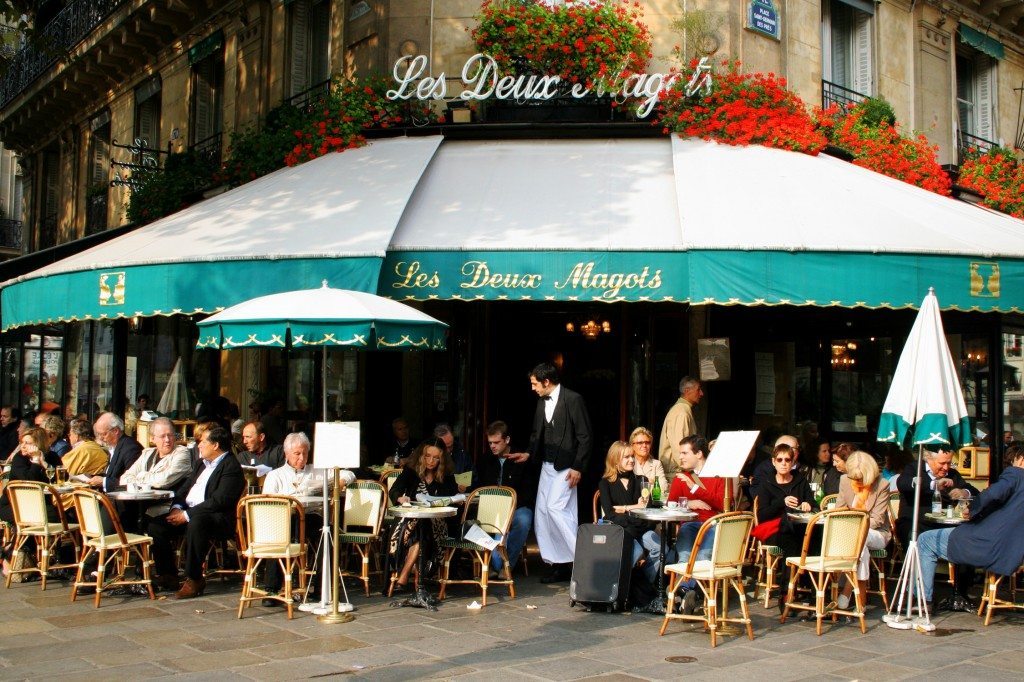 In contrast to other cultures, the French prefer to be deliberate and take their time in some matters. Take an order of a small cup of espresso for example. It is typical to see a Frenchman take several hours to finish this small cup in France. Most people regard espresso as a quick way to get caffeine into their system. French people would rather savor and sip it little by little as they relish their company or the book they’re reading.

Admittedly, every culture has its own weirdness that not every other culture will understand. It is this very same quirkiness however, that makes one culture unique and distinctive. The French have their own strange habits, just like any other culture has theirs. The best thing about it is that we all embrace it for all it is worth.

Also please note this is a generalization of our habits. But it does not mean that ALL the French will behave like that (in particular for Galanterie 🙂  )

If you know any weird French habits that I missed, feel free to share it in the comments section.