How to Say Thank you in French: The Ultimate Guide

How to Say Thank you in French: The Ultimate Guide 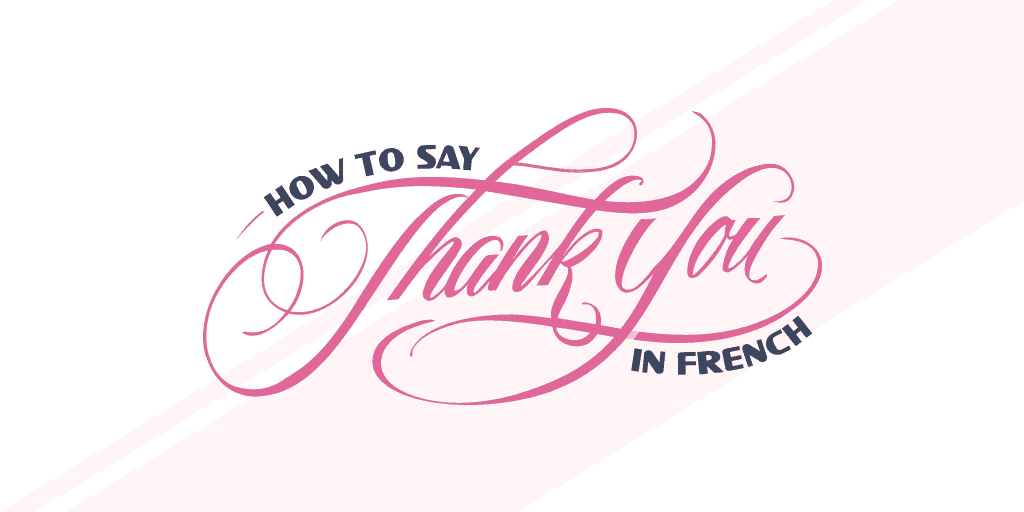 Wondering how to say thank you in French? You're on the right track because in a polite society like France, a simple merci goes a long way.

But what about the times when merci just wouldn’t suffice? Here in this article, we’ll take a look at the different ways to say thank you in French.

For starters, let’s review first this list of French words related to saying thanks in French.

French vocabulary for saying thanks

How to say thank you in French

Merci is the standard way of expressing gratitude in French. You can use it in all types of situations whether formal or informal, regardless of what it is you’re thanking someone for.

The word itself has a long history: in the Roman times, merci meant “wages” and later on the word evolved to mean “a favor” or “a mercy”. Eventually, the word took on the meaning of thanks that we know of today.

Merci has plenty of variations (which we’ll tackle in a little while) but if you’re thanking many people at once, you can say:

What to say when a simple thanks isn’t enough

There will be times when merci just isn’t enough. When you’ve been treated to a gift or kindness so grand that saying a simple thanks would actually seem short of an insult, these are the right words to say:

Formal ways to say thank you in French

The ways of thanking mentioned above may be used in formal situations. But if you really wish to be more formal in expressing your thanks, you can say:

Je vous remercie – I thank you

The informal way to say this is “je te remercie” when you’re in tu terms with the person. See also: The Ultimate Guide to Tu vs. Vous.

Another formal way to say thanks is:

How to Say Thanks in Advance in French

To extend your gratitude for something that will happen soon, here’s how to say “thanks in advance” in French.

Merci d’avance - thanks in advance

This is the most common and the most natural way to say it.

Je vous remercie par avance - I thank you in advance.

The more formal way to thank someone in advance.

This is also a formal way of thanking someone.

Merci d’anticipe - thanks in advance

This one can be used either in formal or informal situations.

Finally, another formal thanks in advance. You can use this at the end of your letter or email.

Which one should you use--de or pour ?

To be more specific about what you are thanking someone for, any of the French thank you phrases mentioned above will be followed by the prepositions de or pour. But which one should you use?

When to use de

When to use pour

Let’s say someone borrowed your car and didn’t fill the tank. Or your roommate left her mess on your apartment floor right after you cleaned it.

Here’s how to express that in French.

Merci bien - thanks a lot

While merci bien may be used to say a genuine thanks, with a different tone and context, it can be used as a sarcastic thanks.

The scenario: Your girlfriend cheated on you. After you found out about it, she says sorry and wants you to go back to the way you were before. A fresh start, perhaps. But you’d rather move on with your life. You can say:

Tout recommencer depuis le début ? Merci bien ! J'ai autre chose à faire. (Start all over again? Thanks a lot! I have better things to do.)

How to Refuse with a Thanks

Just like the sarcastic thanks, you can also use merci to refuse something. This is similar to “thanks, but no thanks” in English.

French thank you cards--yes or no?

Thank you cards (une carte de remerciement) are not as common in France as in other countries. Though is not impolite to send one after being on the receiving end of an extra special act, but it is not usual for French people to do so. So don’t expect the same from the French!

How to say thank you in French letters

In French letters, this is usually the way to say thanks towards the end of your letter:

Avec tous mes remerciements - With all my thanks

In formal thank you letters, you can also say:

Je vous adresse mes plus vifs remerciements - I send you my most sincere/warmest thanks.

see also: How to Write a Letter in French

Of course, this lesson won’t be complete if I don’t tell you how to respond to a thank you.

When someone says thanks to you, here are the different gracious ways to reply.

Regardless of wherever you are in the world, saying thank you is an integral part of being polite. With this guide, you should be able to say thanks in French in the most gracious way possible.

Which way of saying thanks in French is your favorite? Share it with everyone in the comments section!

For more, you can also read these articles:

Useful French Greetings for All Occasions

How to Make Small Talk in French

Everything You Need to Know About French Business Etiquette

You can also check out French Phrasebook by Talk in French. It has all the phrases you need to travel confidently in France. Plus, a menu guide and a section on French cultural differences, too!