Here you will find what direct and indirect object pronouns are and how to use them when talking in French. This is a tricky part of grammar, so don’t get disheartened if at first you don’t understand it. The main thing is to keep trying and practicing and shortly it will come to you naturally.

By using direct and indirect object pronouns in your French, you will be able to cut down your sentences and make them flow more naturally, allowing you to become more fluent. 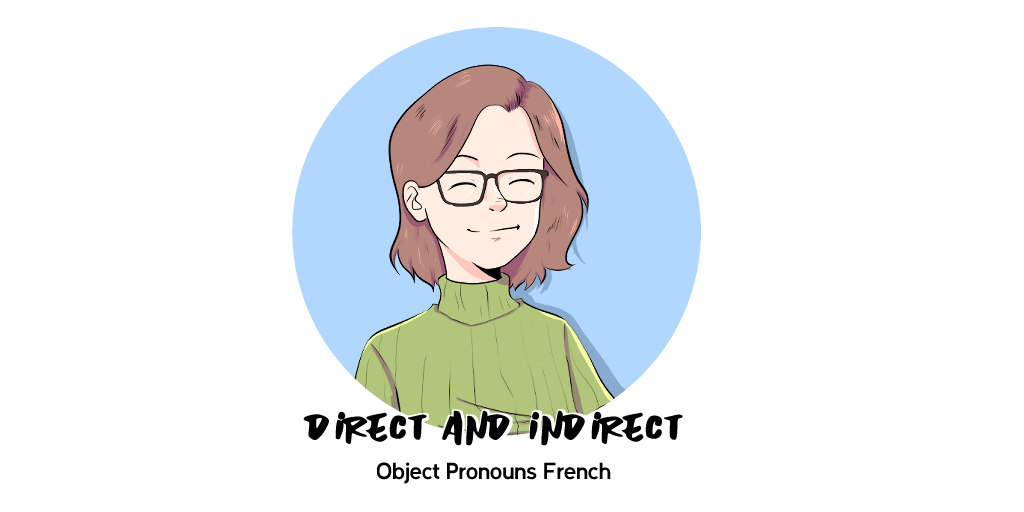 What are Direct and Indirect Object Pronouns

Direct object pronouns in French and English are a way to shorten sentences. They are used instead of a noun, so for example, instead of saying, the work is over there, you would say it is over there. In this instance, “work” is the noun that is being replaced with the direct pronoun, “it”.

As you can see, for the most part the direct and indirect object pronouns in French tend to be the same, only changing when you are referring to him/her/it and them.

When using these pronouns with words that begin with a vowel (or a “h”), it is important to remember to use the second variation, such as ‘L’’ instead of ‘Le’ or ‘La’.

Rules for Using Direct and Indirect Pronouns in French

When using direct and indirect object pronouns in French, the gender pronoun that you will be using is based upon the gender of the noun it is replacing. So, “La journée” (The day) for example, would be replaced using the feminine object pronoun regardless of who is talking.

For the same reason, the noun that is being replaced also determines whether the direct or indirect pronoun used will be the singular or the plural, like it would be in English. So, when talking about a group that you are not a part of, or multiple people, the pronoun will be the one used for “them” regardless of gender.

While the noun that will be replaced tends to follow after the verb, direct and indirect pronouns usually appear before it when using French.

Determining whether to use a direct or indirect object pronoun in French, largely depends on whether there is a preposition being used before the noun in the sentence that you are changing it for, and if there is, which one is in use. As with all grammar lessons, there are a few rules that you can learn to make it easier for you.

As always there are always exceptions to the rules for how to tell when you can and can’t use an object pronoun in French, going by the preposition that is being used. Also, in French indirect object pronouns are only used to reference sentient beings, so should you wish to know the rules for things, instead of humans and animals, the information can be found here.

There have been examples used throughout this article, but here are a few more just to make sure that you fully understand how to replace the nouns with either a direct or indirect object pronoun.

There are plenty of different resources available to you should you be struggling to understand the lesson here.

If you learn better by listening to music then there are a variety of options available on Youtube including this song set to the macarena. This is particularly helpful because it combines a popular, well known tune with the direct and indirect object pronouns and the explanations of how to use them.

As revision, there are also a variety of worksheets and quizzes available to you online to consolidate your knowledge.

One particular quiz is available on proprofs.com and will correct you if you don’t get the answer right away, so you don’t have to check your own work. This quiz also asks you to type out your answers for a few of the questions so you will be spelling the object pronouns too.

As you can see, while the task of swapping out nouns for direct and indirect pronouns in French can seem confusing and daunting, once you learn the rules of doing so, it will become second nature. And the more you use them, the easier it will become to automatically swap them in and out as the situation requires.

By using these object pronouns your sentences will become more natural and avoid the repetition of words and phrases when talking about the same subject.

Further information on pronouns can be found at the locations listed below: