French Past Tense: Everything you need to know - Talk in French 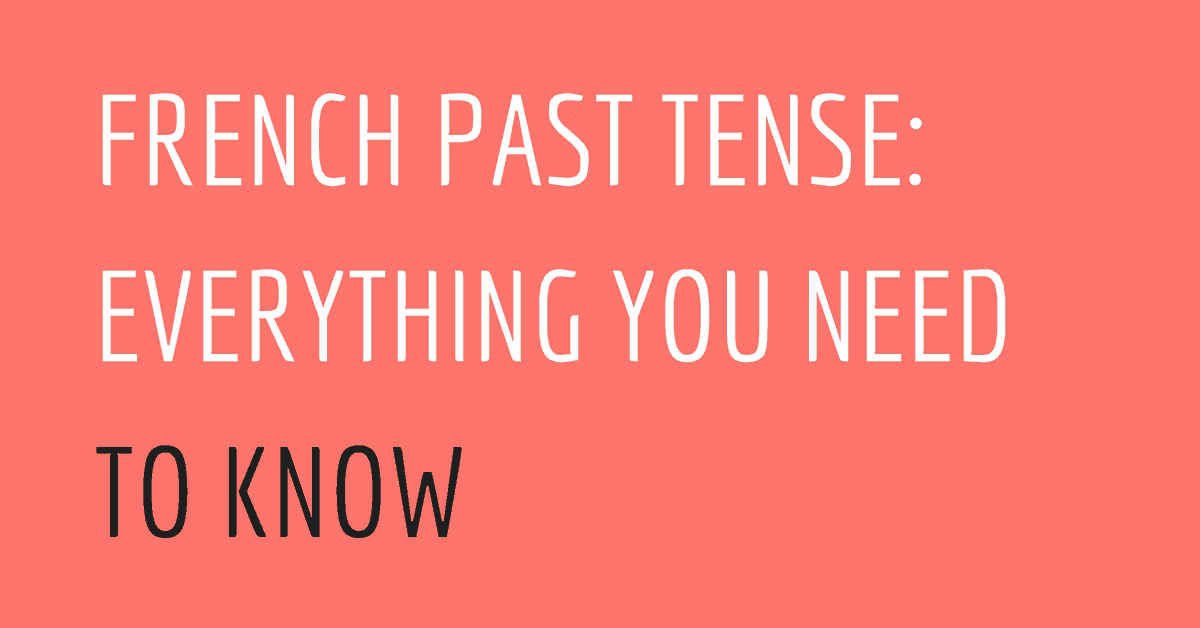 French Past Tense could be a mind-numbing learning task. But when approached with an open mind and willingness to learn, you should be able to grasp it quite easily.

It helps a lot though if you have brushed up on your English grammar. Knowing the tenses in your own language is the key to easily grasping grammar rules in other languages.

Take for example the past tense which is the center of our topic in this discussion. Are you still familiar with how it works in English? If not, here's a little background.

A Quick Background on the French Past Tense

When you talk about an action that took place and was fully completed in the past, you use the past tense. It is also used to express something that was true in the past. For other past events, we generally use the imperfect/imparfait tense.

In French, the past tense works basically the same way as in English. It is also formed by two words just like its English counterpart by using the verb avoir (in most cases) which means 'to have', or être which means 'to be' before the main verb.

Rules on How to Form the Past Tense

While the other tenses in French (such as the imperfect, future, and conditional) use only a single verb with changes in the ending, the past tense makes use of two parts:

In forming the French past tense, use this format:

The present tense of the verb avoir or être

​So this here is the meat of the lesson: the correct form of avoir + how to form the past participle.

How to form the French past participle

First, you start with the infinitive of the verb, and then proceed to the following changes in the ending.

Examples in using  avoir to form the past tense

So now let's put to use the formula above and check out these examples.

When to use être in forming the past tense in French

Before we proceed to the usage of être in  the past tense, let's first take a look at its present tense forms.

As mentioned previously, être is not used as often as avoir in the past tense. So now the question is, when do you use it?

There are two groups of verbs that makes use of  être, and these are:

When we say reflexive verbs, these are the French verbs that appear with the pronoun se or the shortened form s' before it. These action words are used when the subject is the same person as the object. To put it simply, it means “to____ oneself”.

Take for example the verb habiller which means to get dressed.

2. A selected group of verbs that mostly refer to or involves physical action

When those listed examples are used in reference to a direct object, they will use avoir instead of être. For example, if you simply say 'he came down' with no direct object in the sentence, you use  être (il est descendu ) . But if you say 'he came down the stairs' the stairs being the object, that is when you use  avoir (il a descendu l'escalier).

Additional rules for using  être in the past tense

The irregular verbs in the past tense

Just like in any other case whether in grammar or in real life, there are always a set of rule-breakers. These irregulars appear in the past tense as well.

Here are the irregular past participle forms that you need to be familiar with.

Quick Recap on French Past Tense